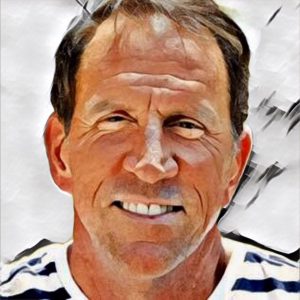 Current Update Oct.13, 2021: Back quickly in July 2021, during CEF summer ministries and our Camps for City Kids, I suffered multiple seizures during two individual weeks and separated two visits to a hospital. But in September 17th, a team of Duke Neurologists, removed a brain tumor, now recovering, and will be followup treatment at the Duke Cancer Center in October 2021. See more information and updates about John’s health journey, his family, and CEF of Durham during this challenge: my blog site johneblake.blog

John Blake is native to Durham and has been married for 44 years. He and his wife, Carolyn, have three children and three grandchildren. The couple currently resides in downtown Durham. John has degrees in Public Health, Community & Health Education, post-graduate studies in Human Performance Fitness, and Sports Medicine from East Carolina University (1977) also a (1998) graduate of the CEF Children’s Ministries Institute®.

For John, had a burning desire to serve the Lord, was seeking somewhere to do more than minister in a local church, and so he went into full-time Christian service with Child Evangelism Fellowship® of North Carolina in 1995. He currently serves as the Executive Director of CEF’s Durham Area Chapter in North Carolina. He foundered More Than Gold Sports Camps in 1996 and then Camps for City Kids and Academies™ (renamed in 2020 to Camps for City Kids), as well as, HUB Church Partnerships™, Extra Good News™, and The Center of Light, which are urban initiatives designed to enhance the ministries of CEF North Carolina and local churches. In 2008, an urban mission boot camp for students was established along with a city-wide collaborative called the Durham Urban Net. Each of these programs stresses the importance of the “10 Keys of the Kingdom” for holistic community-based spiritual transformation. This was formed as a collection of ministries, which collaborate around the sectors of the city and specifically target city kids was founded in 2011. PrayDurham was formed to seeks to cover the streets and strategic sectors of our city with prayer through a collaborative of churches, individuals, and intercessory prayer groups. This site is a venue for encouragement, motivation, and a challenge to the Church at Durham to fulfill the Law of Christ, to bless our city with Godly peace and mercy, to pray and serve with our city — not merely for our city. We follow the teaching of Jesus for engaging our city through Prayer Evangelism.

John’s passion is to empower and free our friends in the city through the biblical gospel. He is also a contributing author on several projects in his past medical profession, author-creator of the “7 Most Important Things in the World“ (7MIT) and the City Kids column featured in Today’s Child™ and TeachKids!® magazines. John and his son, Sean Blake, released a gospel song for kids called the “7 MIT Song”. The rhythmic action song is based upon the “7 Most Important Things in the World“, created to communicate the simplicity and depth of the gospel to city kids.

John also developed and implemented sports medicine care and educational programs in Washington, DC and Durham, NC between 1977-1996 for elite, college, and high school student-athletes. He is not only the founder of More Than Gold Sports camps (mentioned above and now Camps for City Kids), but tennis academies, fitness boot camps and programs strengthening youth as well as adults of all ages.

Reaching city kids and youth for Christ with the whole Gospel to benefit the whole child and their family throughout the whole year.

Nowhere to Go…Nothing to Do