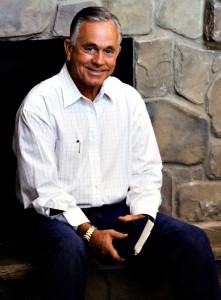 Reese R. Kauffman is the president of Child Evangelism Fellowship worldwide. He is married to Linda and has three children. He was raised in Indianapolis, Indiana where he trusted in Christ at the age of eight. He had the privilege of growing up in a Christian home – his father was a pastor. In 1967 he founded Kauffman Products, specializing in parts manufacturing which grew to employ 100 people before he sold it. He served on the Board of Trustees of Child Evangelism Fellowship Inc. for over 16 years, six of those as chairman. He has served as president since October 1, 1989. Reese has traveled extensively both overseas and in the USA as a lay conference teacher and speaker.

Reaching city kids and youth for Christ with the whole Gospel to benefit the whole child and their family throughout the whole year.

Nowhere to Go…Nothing to Do